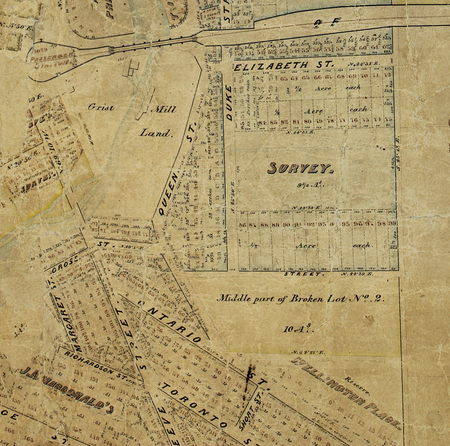 Affectionately known to locals as "The Ward", the area east of the downtown from York Road to Elizabeth Street, and Stevenson Street to the Speed River, is also known as St. Patricks's Ward.   The neighbourhood is characterized by an irregular street pattern that is a result of both topography and the whim of early lot surveyors.

Settlement of the ward began shortly after the Canada Company built the city's first grist mill (later Allan's Mill) along the west bank of the Speed River, now part of Heritage Park.